Meet You at the Fair,  Solo Exhibit, 2014, Plainfield Public Library

human response to the subject before me.  I say let things be spontaneous… paint what interests you, paint what confuses you, paint anything you wish as long as you paint more quickly than slowly, as the moment won’t last forever.

Wyatt LeGrand is partly a painter from Bloomfield, Indiana.  He currently works from his hometown studio and teaches grades 7-12 at Bloomfield Jr/Sr High School.  While attending the same school as a student, Wyatt was acknowledged by the community for his skills as an artist.  After graduating high school in 2005, Wyatt made the short journey to Indiana University, where he attained a degree in visual arts education four years later.

Edward Hopper said, “If you could say it in words there would be no reason to paint,” and I agree completely, as my painting is a means of communicating all of those experiences and emotions beyond my verbal vocabulary.  It is the act of painting, I believe, that is more artful than the artifact.  The experience of making an image, whether it be a quick study or an attempt at a profound subject, always overshadows the final collection of marks.  I find the most satisfaction in that experience of putting brush to canvas, letting the things I see before me flow from eye to heart to hand to brush.  These actions, as they occur, bring with them a certain anxiety, excitement, and satisfaction that I cannot find elsewhere." 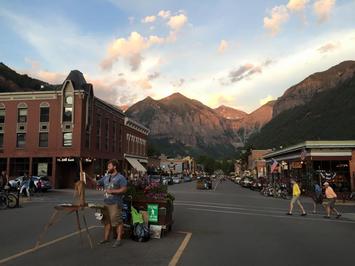 Wyatt created his very first painting as a college student in 2008.  Shortly thereafter, Wyatt discovered plein air painting, had his first solo exhibition, and found good luck participating in several art competitions.  In the summer of 2009, Wyatt returned to his hometown and opened LeGrand Art Studio and Gallery.  Since his homecoming, Wyatt has dedicated himself to creating artwork in the place he grew up, sharing experiences with his students and members of the community.

"There’s nothing too complicated about what I do; I only try to pay attention to what I see.  Whether it be the colors of a landscape, the shapes of an interior space, or the movement of a busy street, my painting reflects the need to preserve desirable aesthetic experiences and communicate my 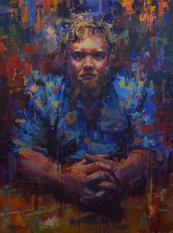